Giant sea bass (Stereolepis gigas), known as mero gigante in Mexico, are the largest resident bony fishes in California. The biggest giant sea bass ever recorded was 2.26 meters (7.4 feet) long and weighed 256 kilograms (563.5 pounds). They are long-lived, reaching at least 72-75 years, and are slow to mature, reproducing for the first time at 13-15 years old. 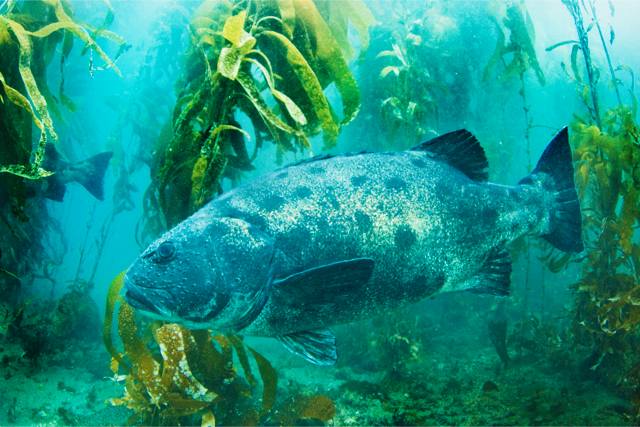 Young juveniles, which are typically less than 20 centimeters (8 inches) long, are bright red or orange with dark spots. Adults are gray or brown with black spots. Individuals can temporarily change (flash) the color and brightness of their skin and spots. 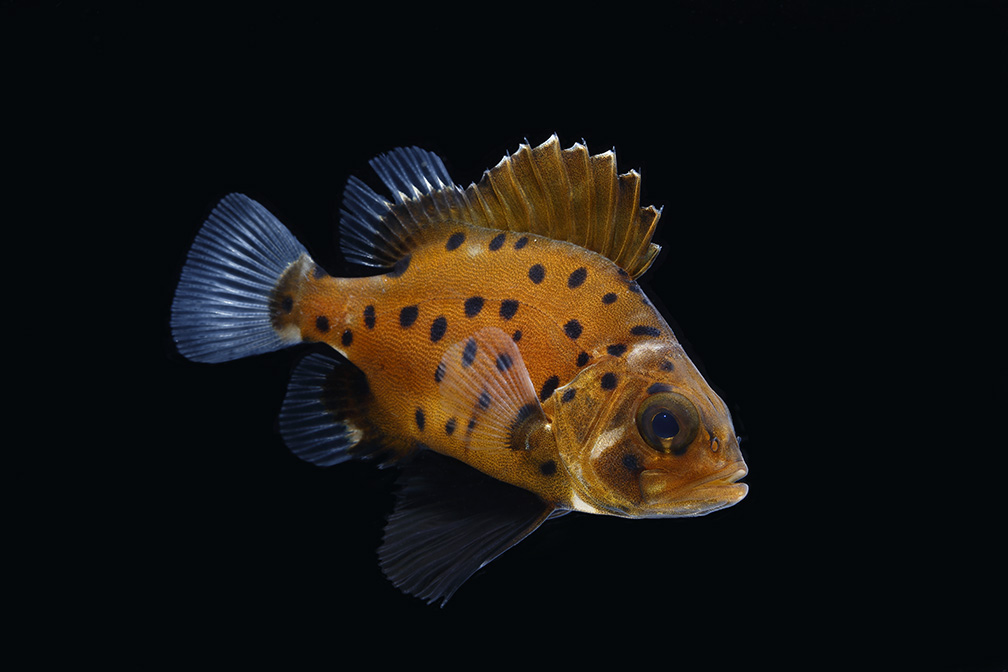 Giant sea bass are apex predators in kelp forest ecosystems and feed on fishes, crustaceans, squid, small sharks, and rays. Generally slow-moving, they suck prey into their mouths by abruptly opening their jaws and creating a strong vacuum.

Giant sea bass spawn between the months of May and September. During this time, they are typically seen on nearshore rocky reefs and kelp beds. Giant sea bass eggs and recently hatched larvae will float around as plankton before making their way down to the seafloor between October and December. Adults have been observed in depths ranging from 5-46 meters (18-150 feet), but are believed to move deeper during the fall and winter. However, scientists and managers lack information about where they move to and what habitats they use during this time. 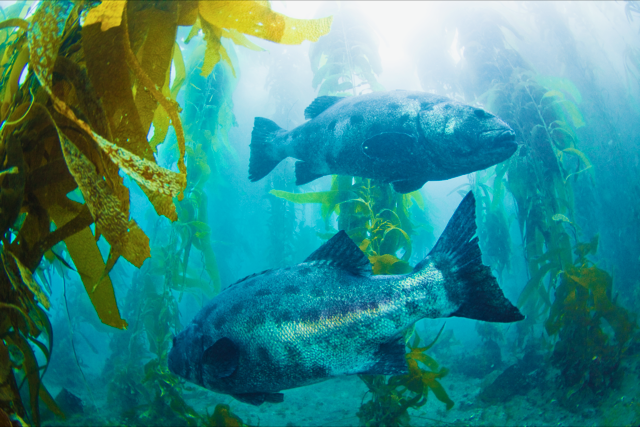 The range of giant sea bass extends along the west coast from Humboldt Bay (Northern California) to Oaxaca (Southwestern Mexico). Within California, they are primarily seen around and to the south of the Northern Channel Islands. In Mexico, they are mostly found on the Pacific coast of Baja California and the Sea of Cortez. 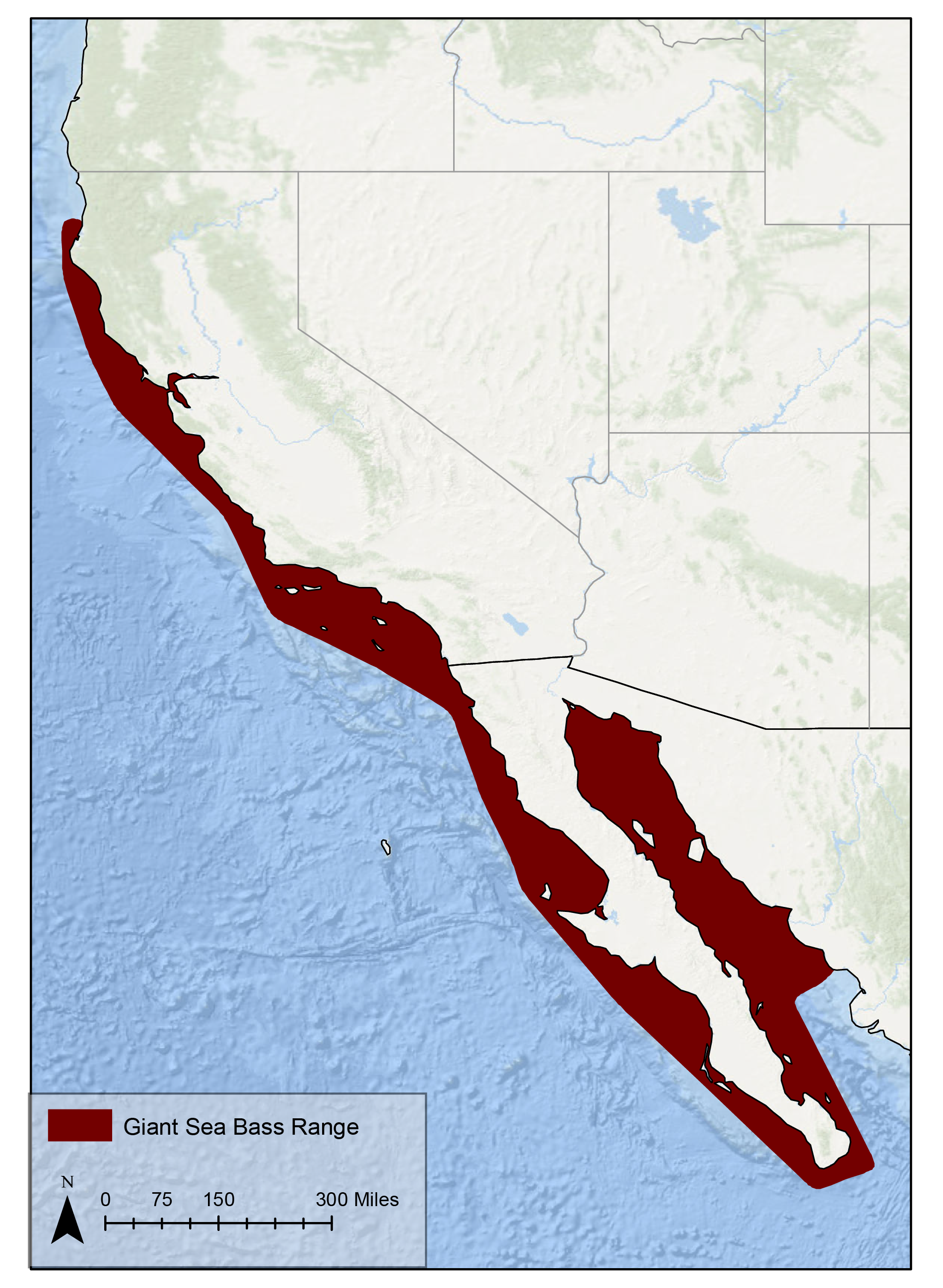 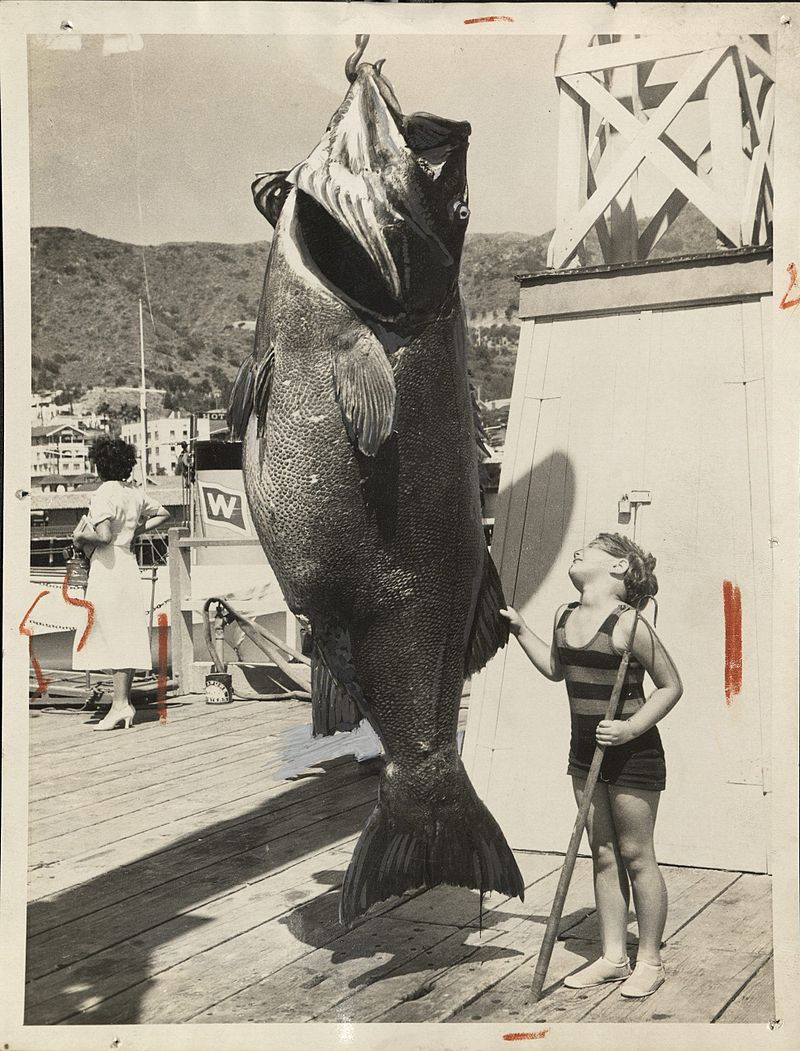 Based on the severity of these declines, since 1996 giant sea bass have been classified as a Critically Endangered species on the red list of the International Union for Conservation of Nature. Recent research suggests that giant sea bass populations might be increasing, but their numbers have not recovered to levels anywhere near those recorded during the early 1900s.